This is a sample entry from Kirk Donsbach’s newsletter, The Cattleman’s Advisory, published on August 26, 2016.

Uncertainty in the grain markets regarding price should start to have some upside benefits for cattle prices. At some point, we expect the low prices to incentivize buying but my feeling is the bulk of the feedlot buyers and smaller feeders are waiting and see where they will be current production before pricing new head. I know of several producers who have been stringing out the cattle feeding for months now, waiting for higher prices to sell into. That rope is coming to the end as cattle, meant for the feeder market, is going to market on the live side come October. The number of head they purchase for the next round of feeding depends squarely on revenue provided from these sales. I expect the current price action in both cattle and grains to remain weak through the end of Q3 bottoming out in Q4. I encourage producers who buy feed to lock in prices for Q1 delivery at this point. The record short spec position combined with the supply side outlook appears very short sighted and should by the end of the quarter.

Demand has arrived just as the trade gets record short. The selloff might not end immediately for the short sellers, but when it does end, it’s going to be ugly. 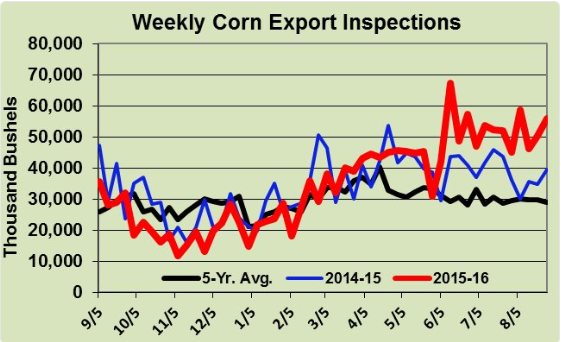 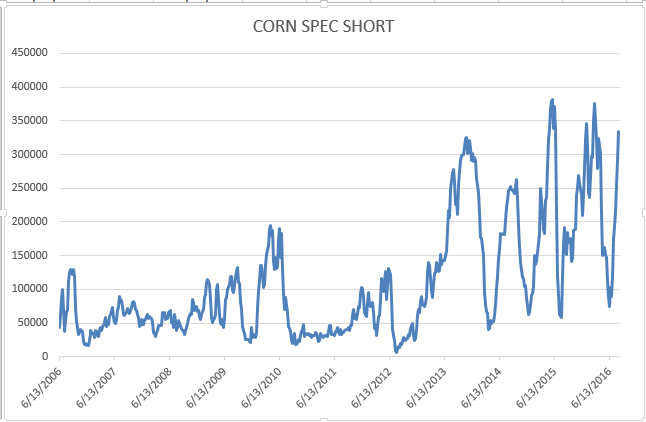 Cash sales for Friday came in at 112 to 113 live and 180 dressed. That puts cash 2 to 3$ over August futures and 6 to 7$ over October futures. Basis generally held steady week to week. The week ending Aug 13th showed carcass weights up 1# at 887#, and 13# below last year’s weights.
Seasonally we are approaching another seasonal low as the cash market generally starts to work higher through the cooler months

October Live sold off all of this week again, establishing the low trade and low close on Friday at 106.2. The market filled the initiating gap left around 109 but as of today, has not taken out the yearly lows. Cash obviously slipped below 115 but I still do not expect a new low, or at least not by much.

For hedged clients we are back at the basis game and would recommend trying to aggressively sell cash cattle with a positive basis (if practical), take profit on puts, and possibly re-own with calls.

Feeder Cattle’s seasonal upside has essentially played out. Generally speaking, I start looking for opportunities to hedge next year’s production after the 10th of Aug. However, given the already low prices, I am not looking for substantially lower prices either. Somewhere between 138 and 133 on the bottom side would not be a surprise. Spending the rest of the year chopping around between 150 and 133 would seem to make sense.

September Feeders
sold off all week, excluding Monday, with Friday posting the weekly low at 139.275. I still believe that the yearly lows will hold, or if breached only marginally. The technical impediments above us at 151 (September) look even more intimidating now, with the 200 day moving average, May 151 resistance, and a 61.8% Fibonacci retracement for the year all commencing on this point.

Down Side Targets (September)

The nearest top side resistance sits at 146.2

We will also be analyzing the in the money Oct puts, but right now I do not see a course of action that jumps out at me.

Note: Anticipating that the lows will hold is not a recommendation to remove hedges. Hedging is about the what ifs, mainly, what if I am wrong. We will be looking to roll puts down, maybe even aggressively to out of the money puts, but we will not be recommending going naked.

Watch for a potential improvement in basis as we near the lower end of the range mentioned before. If that occurs aggressively sell cash (where practical) and re-own with calls.

If we get a reversal of some type between 138 and 133, I may try re-owning 2016 sold production with calls one more time. I would also recommend buying calls to hedge future purchases on any type of reversal action between 138 and 133. The hedge would be to buy October or November feeder calls on a confirmed reversal.

Contact one of the Daniels Trading brokers below for ideas on where to initiate hedges if your 2016 production is not already covered, or to transfer risk out of the cash and into calls. 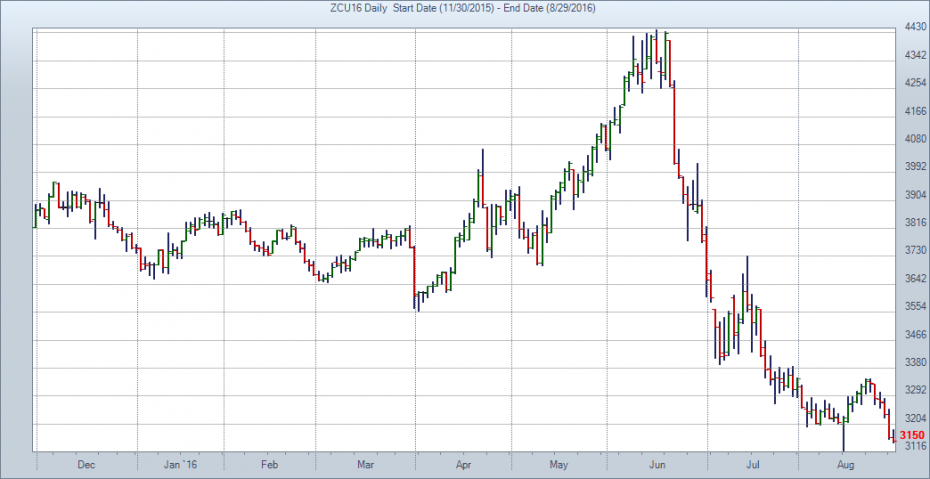 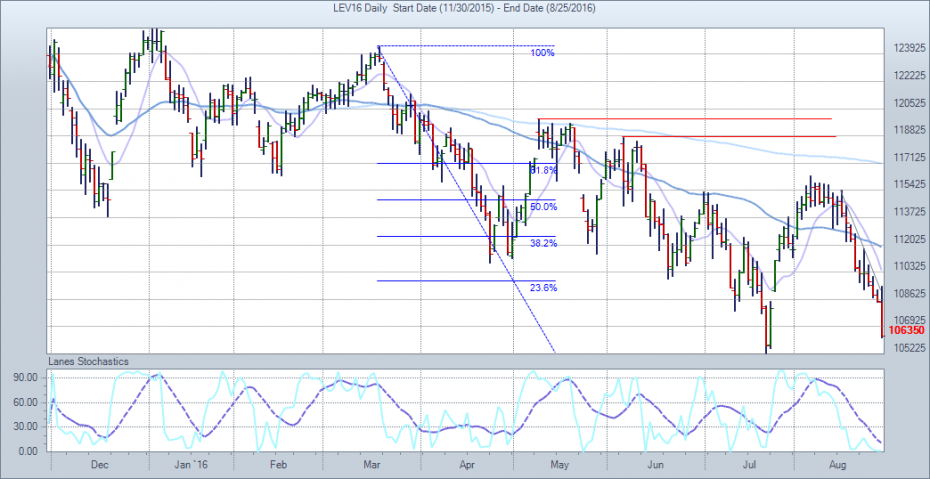