This is a sample entry from Kirk Donsbach’s newsletter, The Cattleman’s Advisory, published on August 15, 2016.

Rumored cash sales for Friday appeared to top out at 119 live and 188 dressed, with confirmed cash sales at 118 live and 185 to 188 dressed. Trade post Friday reporting could make up the bulk of sales this week. Those trades, higher or lower, are not reported at this time. That puts confirmed cash 1.5$ over August futures and 3.5$ over October futures. If cash prices hold at 118/119 through the weekend, I would guess this to be a disappointment for the market bulls. The week ending July 30th showed carcass weights up 3# at 883#, decreasing 1# from the last report and 3# below last year’s weights. One data point does not make a trend, but I would not want to see this year’s carcass weights above last years.

October Live Cattle corrected this week. Technically October cattle were not able to aggressively penetrate and close above the down trend line on the chart. It spent the week correcting lower, establishing a weekly low on Thursday of 113.05. Technically speaking it is a 50/50 toss up as to whether this was only a correction and we continue higher next week, or the market topped out and will sell off. A trade below 113.05 suggests we are in for a much larger correction. If cash does not have a late weekend positive surprise in it and the market reads 118 live as a disappointment, a larger correction is more likely. I recommend buying Put options and hoping we can break out higher, up to next resistance at 118.

We rolled August puts up and out to September (based on October) and October the prior week. As of the close Friday, this is still a viable choice.

Feeder Cattle’s seasonal upside has essentially played out. Generally speaking I start looking for opportunities to hedge next year’s production after the 10th of Aug. Feeders are moving counter seasonal. It is unknown if feeders will continue counter seasonally as that indicator turns negative (rally when they normally decline). I am more skeptical of the rally in feeders as the buyers of feeder cattle have not recouped their losses from past purchases.

September Feeders
September feeders started the week higher but hit the 200 day Moving Average on Monday. By Thursday they established the weekly low at 145.75. As with live cattle, this could all be a minor correction followed by higher highs, or the end of the late fall rally. A trade under 145.75 would suggest a much stronger correction is in the works. I do believe that the yearly lows will hold. The technical impediments above us at 151 (September) look quite intimidating with the 200 day moving average, May 151 resistance, and a 61.8% Fibonacci retracement for the year all commencing on this point. I recommend buying Put options and hoping the rally can continue, or making cash sales.

Moving averages are mildly positive with the 10 day over the 50 day.

Down Side Targets (September)

The nearest top side resistance sits at 150.85

In June Superior Video had Montana’s first big auction sale for fall delivery calves. The cash basis was much weaker than I was expecting or hoping for, coming in at about plus 4$ to plus $6 on a Montana 625lb calf. The basis appeared to weaken some more as of the last sale. Probably not to surprising giving that it is August and the rally in futures.

For aggressive hedgers we rolled 144 August puts up, spending 1$ and staying in August. If the market extends higher we will use that opportunity to roll up and out to September or October. The bulk of the rest of our clients already used this opportunity to roll out into September or October. We are working orders to roll the September options up at a 1:4 ratio. They have not been filled as of this writing. I recommend making cash sales or aggressively hedging any remaining 2016 production.

Some of our clients and myself re-owned 2016 sold production with August calls. We exited these positions last week, adding a little profit to the previous cash sale. If the market can extend above 151 I will be looking for a place to buy puts and hedge next year’s production. If we have a substantial correction from here, I may try re-owning 2016 sold production with calls one more time.

Contact one of the Daniels Trading brokers below for ideas on where to initiate hedges if your 2016 production is not already covered, or to transfer risk out of the cash and into calls. 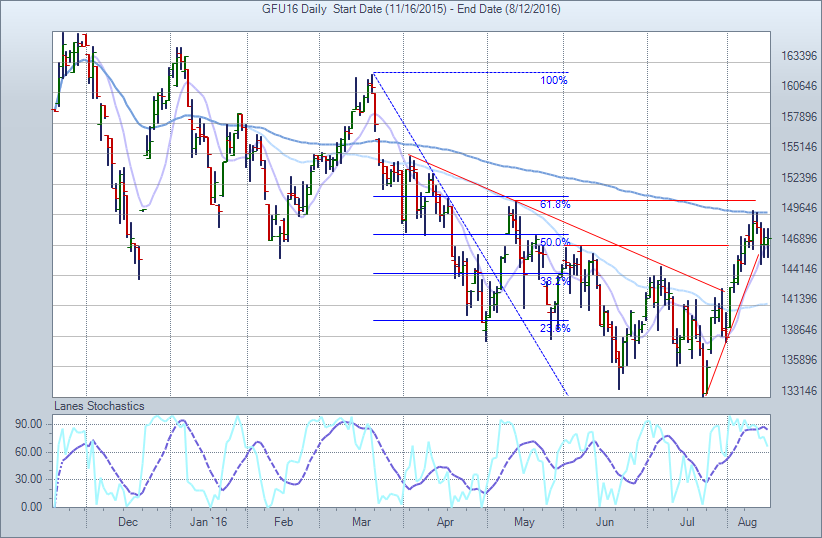 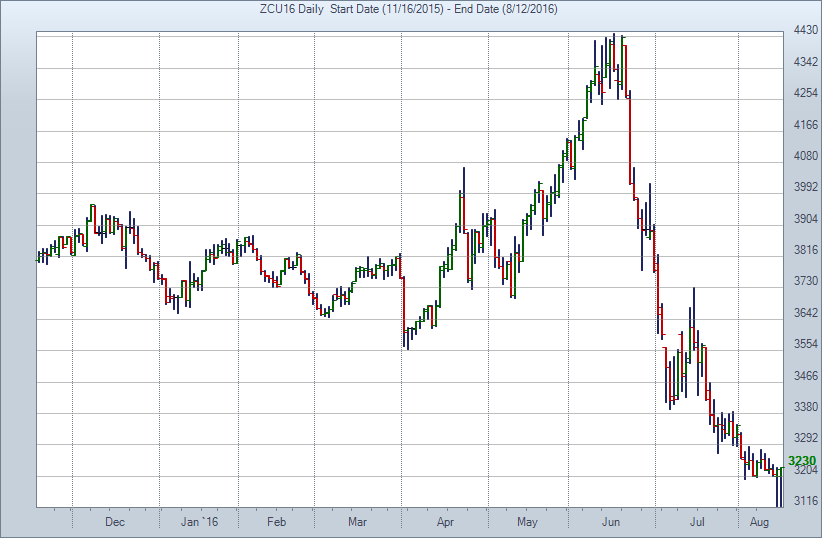 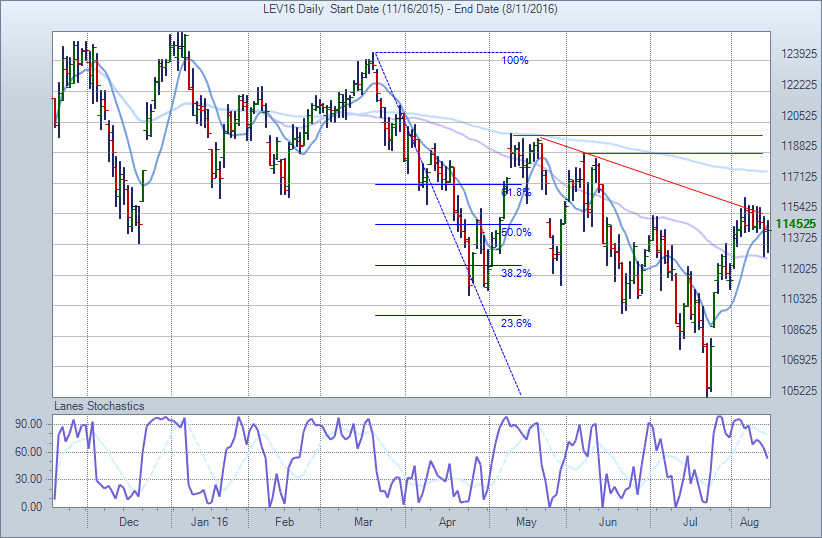