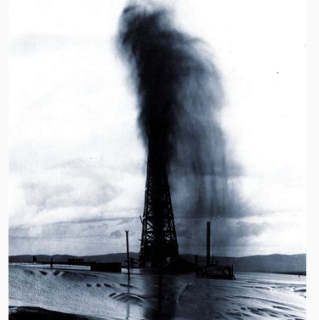 Perhaps the most controversial debate of our age is the amount of oil we have left to pump from the earth. Some speculate as many as hundreds of years, while others say we may experience an output shortage as early as 2015. On top of this, many speculate that OPEC purposefully manages the outflow of major oil supplies in order to maintain high prices in the markets.

The two major types of Crude Oil that traders and speculators focus on today are Brent Crude and West Texas Intermediate (WTI). The WTI crude is used as a benchmark in oil pricing, is most cited in oil prices, and is a very light Crude Oil. Brent Crude, on the other hand, comes from the North Sea, is not light like WTI crude, and prices two-thirds of internationally traded Crude Oil.

Crude Oil is petroleum that is acquired directly from the ground. Crude Oil was formed millions of years ago from the remains of tiny aquatic plants and animals that lived in ancient seas. Ancient societies such as the Persians, 10th century Sumatrans, and pre-Columbian Indians believed that Crude Oil had medicinal benefits. Around 4,000 BC in Mesopotamia, bitumen, a tarry crude, was used as caulking for ships, as a setting for jewels and mosaics, and as an adhesive to secure weapon handles. The walls of Babylon and the famed pyramids were held together with bitumen, and Egyptians used it for embalming. During the 19th century in America, an oil find was often met with dismay. Pioneers who dug wells to find water or brine, were disappointed when they struck oil. It wasn’t until 1854, with the invention of the kerosene lamp, that the first large-scale demand for petroleum emerged.

Crude Oil is a relatively abundant commodity. The world has produced approximately 650 billion barrels of oil, but another trillion barrels of proved reserves have yet to be extracted. Crude Oil was the world’s first trillion-dollar industry and accounts for the single largest product in world trade.

Additional Crude Oil contracts trade on CME Clear Port, a set of flexible clearing services open to OTC market participants, as well as on the Intercontinental Exchange (ICE) after it acquired the International Petroleum Exchange (IPE) in 2001.

The futures contract month listings are nine years forward using the following listing schedule: consecutive months are listed for the current year and the next five years; in addition, the June (M) and December (Z) contract months are listed beyond the sixth year. Additional months will be added on an annual basis after the December contract expires, so that an additional June and December contract would be added nine years forward, and the consecutive months in the sixth calendar year will be filled in.

Trading in the current delivery month shall cease on the third business day prior to the twenty-fifth calendar day of the month preceding the delivery month. The Last Trading Day for the July 2014 Crude Oil futures contract is June 20, for example.

Be aware that the Energy Information Administration (EIA) typically releases a weekly Energy Stocks report on Wednesdays at 9:30 AM CT.