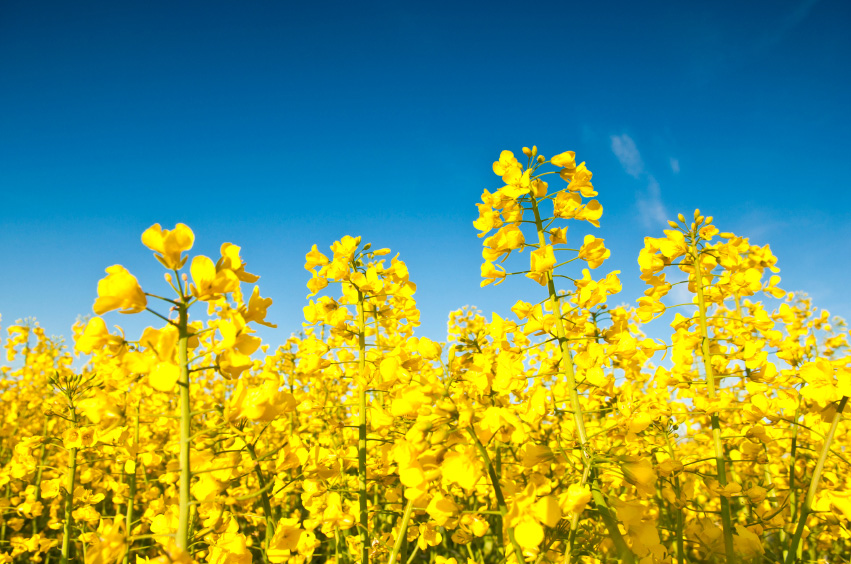 Canola is a genetic variation of rapeseed developed by Canadian plant breeders specifically for its nutritional qualities and its low level of saturated fat. The term Canola is a contraction of “Canadian oil.” The history of canola oil begins with the rapeseed plant, a member of the mustard family. The rape plant is grown both as feed for livestock and birdfeed. For 4,000 years, the oil from the rapeseed was used in China and India for cooking and as lamp oil. During World War II, rapeseed oil was used as a marine and industrial lubricant. After the war, the market for rapeseed oil plummeted. Rapeseed growers needed other uses for their crop, and that stimulated the research that led to the development of canola.

In 1974, Canadian plant breeders from the University of Manitoba produced canola by genetically altering rapeseed. Each canola plant produces yellow flowers, which then produce pods. The tiny round seeds within each pod are crushed to produce canola oil. Each canola seed contains approximately 40% oil.

Canola oil is the world’s third largest source of vegetable oil accounting for 13% of world vegetable oils, following soybean oil at 32%, and palm oil at 28%. The rest of the seed is processed into canola meal, which is used as high protein livestock feed.

The climate in Canada is especially suitable for canola plant growth. Today, over 13 million acres of Canadian soil are dedicated to canola production. Canola oil is Canada’s leading vegetable oil. Due to strong demand from the U.S. for canola oil, approximately 70% of Canada’s canola oil is exported to the U.S. Canola oil is used as a salad oil, cooking oil, and for margarine as well as in the manufacture of inks, biodegradable greases, pharmaceuticals, fuel, soap, and cosmetics.

This contract trades in Canadian dollars, so it’s generally accounted for separately in trading accounts. Be aware of Canadian holidays as the Canola market may be closed or trade shortened hours.